Social progress in the 21st century

This substantial new publication by Policy Network, the Wiardi Beckman Stichting and the Foundation for Progressive European Studies (FEPS) brings together 15 of the most eminent thinkers in the field to provide new direction on these issues. It marks a joint contribution to the Amsterdam Process and Next Left research programmes on the future of European social democracy.

A decade into the new century, Europe is beset by a striking mood of social pessimism. The post-war baby boomer generation harbours real fears about the future, as it looks like life will not be as good for their children as it was for them.

Such anxiety presents a particularly de-habilitating political problem for social democracy, for whom the promise of social progress has always been a powerful electoral rallying call, with education, aspiration and social mobility occupying centre-stage.

But in the minds of many across Europe, this contract no longer holds. Rather, a populist scepticism toward established politics, the aftermath of the near collapse of the financial capitalist system, and a centre-right which seeks to capitalise on the successes of the social democratic legacy while playing the card of ‘economic competence’ now sets the boundaries of debate.

Coming back as the parties of social and economic progress requires new ideas and political narratives for our times, but it first requires solid building blocks on which to situate a 21st century vision of social progress. It is here that this volume contributes with papers on social investment and the European welfare state; the workplace and labour market; and social protection and intergenerational inequality.

The labour market and workplace

Changes in the world of work
Alan Manning, LSE

The workplace and industrial democracy in the post-crisis age
Hannah Jameson, Involvement and Participation Association (IPA) 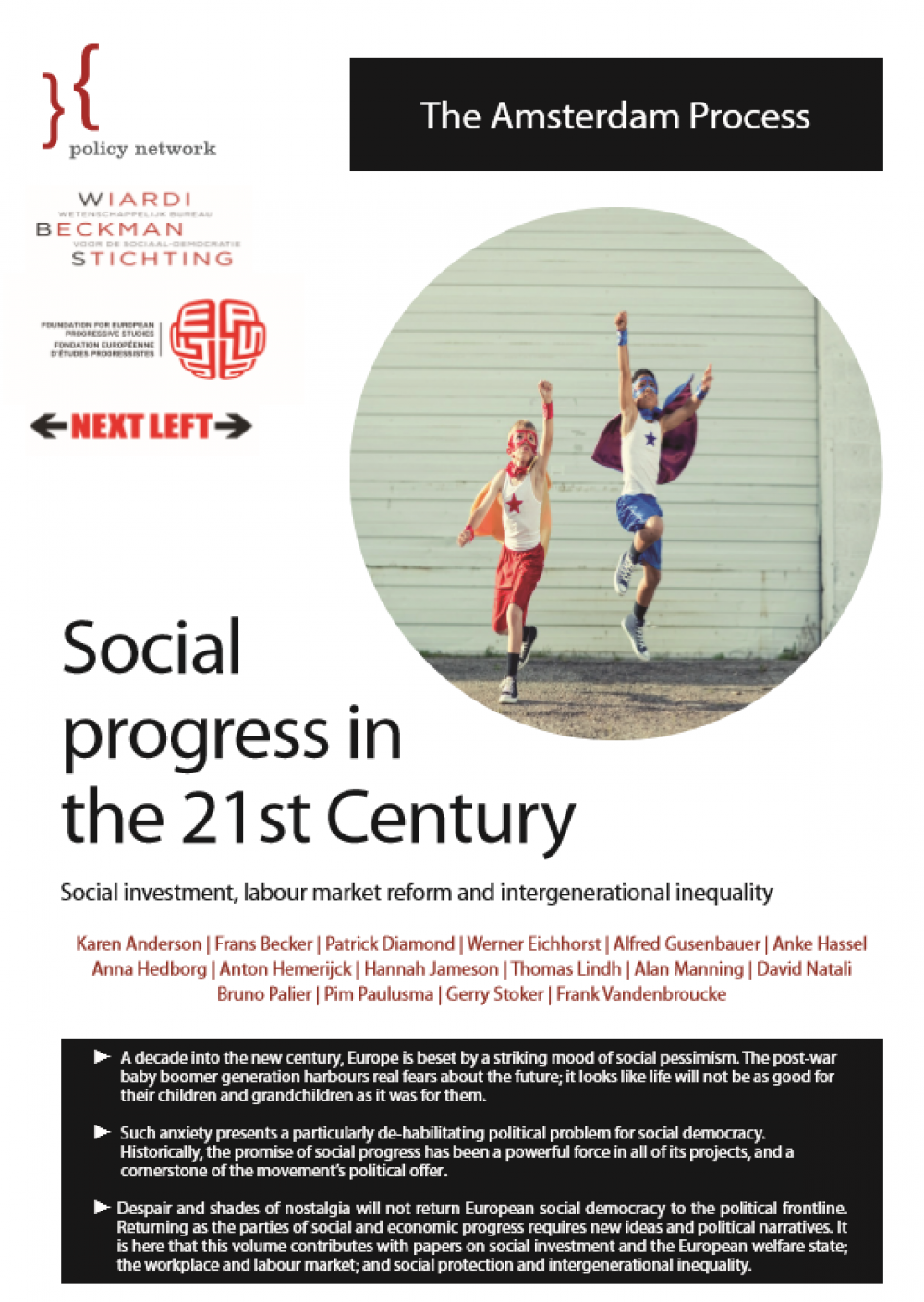 Social progress in the 21st century