Anti-migration populism, identity and community in an age of insecurity

♦ Popular concerns over culture, migration and identity are of considerable importance to the future of European social democracy; their neglect marks a significant weakness and vulnerability.

♦ In losing sight of the need to provide people with a modern sense of belonging, community and collective mission, the centre-left is losing its guiding voice and with it the right to be heard by voters.

♦ The struggle to empathise with societal unease and respond to anti-immigrant, anti-elite and anti-Islamic populism is creating cleavages and fissures which cut through both the movement’s electoral constituencies and its parties’ political and policymaking fraternities.

The papers in this volume were presented at an international conference in Berlin on 20-21 January 2011. This Amsterdam Process conference, organised by Policy Network and the Wiardi Beckman Stichting in partnership with Friedrich-Ebert-Stiftung and Das Progressive Zentrum, brought together senior political leaders, experts and policymakers from across Europe to discuss the cultural challenges to social democracy. Keynote speakers included: Frank Walter Steinmeier, leader of the SPD parliamentary group in the German Bundestag; Job Cohen, Leader of the Dutch Labour Party (PvdA); and Trevor Phillips, chair of the UK Equality and Human Rights Commission.

The right side of the argument? The centre-left’s response to migration and multiculturalism
Tim Bale, University of Sussex

Reputations matter: What is needed for a competent immigration policy and effective integration policy?
Shamit Saggar, University of Sussex

The open society and its believers
Paul Scheffer, University of Amsterdam

Rethinking suburbia in an age of insecurity: hard times on the edge?
Rupa Huq, Kingston University

Identity and politics in Europe, Flanders and Belgium
Tinneke Beeckman, University of Brussels 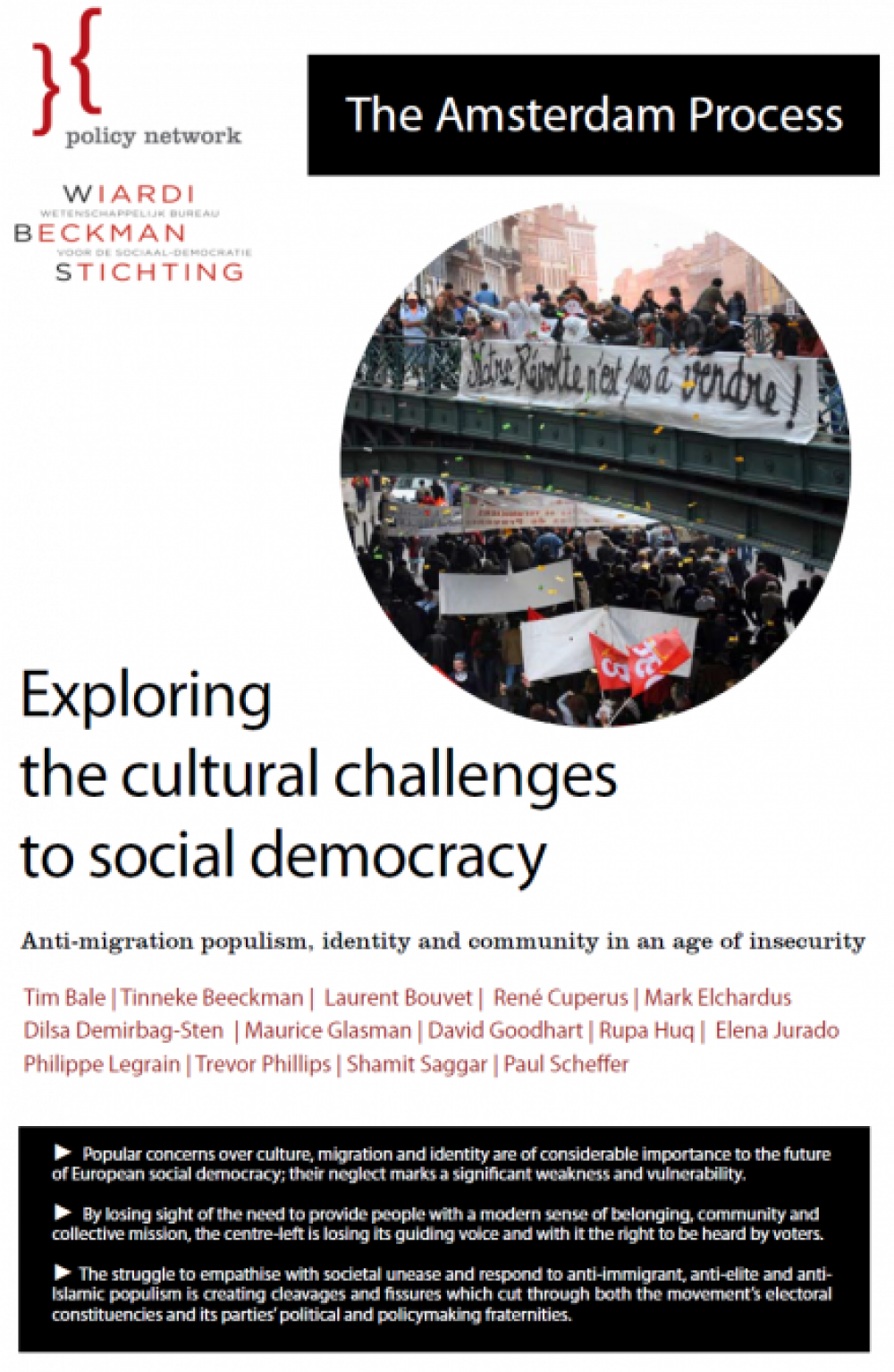